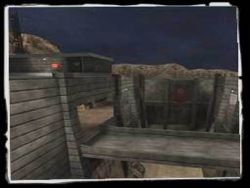 Alternations:
– Roof access added from CP spawn and axis spawn after the controls are blown
– Added access to the abyss with rope exit leading to under axis spawn
– Bug jump on the roof removed
– Added rocket launcher (can be used once only), which creates a hole in the roof (near the ammo packs)
– Removed walls next to the ammo packs

It does not change the game play, it just adds some extra fun!