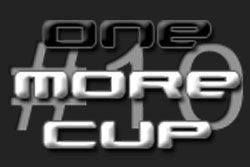 After a break from the one.more Cup series with the current situation in RTCW being perfect for 3on3s, Cup #10 wil be coming live over at WarwitchTV on the 31st of August with three more ODCs planned before the end of the year. More information on the rest of the years RTCW plans can be found over on the forums.

Date: 31st August 2014
Start Time: Earliest will be 18:00 CET, depends on sign ups (Games Streamed from 21:00 CET – UB Final, LB Final, Grand Final)
Minimum Teams: 4
Tournament Structure: Playoff (Single / Double elim, depends on sign ups)
Maplist: Base, Beach, Escape2, Ice, Frostbite and Sub. (in future one day cups, new maps will be used)
Servers: EU (antilag = 0) Tournament is free for all to signup, you must have at least 3 players on your roster and a maximum of 4. Players can only be signed up for one team and all info on who has signed up to the cup so far can be found here: LINK. One extra bit of info as requested by Warwitch himself games on the live stream will have their maps decided by the viewers to add that extra dash of excitement all-round. The cups later rounds will also be casted by Warwitch himself over at WarwitchTV and he will be joined by a mix of players and casters over the course of the night. Warwitch also has a Facebook page, show your support and give the man a like! HERE