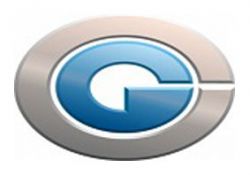 Welcome to CyberGamer EU, Enemy Territory! With ESL dropping support for ET in May and ClanBase shutting down entirely last month, teams were left with no competitive ladders to participate in. By simply taking a quick look at the GamesTV match schedule, it is obvious that the lack of a ladder system is rather detrimental to the activity level of our beloved game. However, thanks to some help from Netherlands timbolina, I was able to get in contact with a CoD4 league who is interested in providing the ET community with ladders and more.

I am very happy to announce that CyberGamer EU now officially supports ET!

CyberGamer (CG) is a competitive gaming league that was founded by two Australian gamers in April 2007. It was originally for AU only, until July 2011 when CyberGamer Europe was launched. Today, the CG EU PC platform supports three games: Call of Duty 4, League of Legends, and Enemy Territory.

The Australian ET scene, led by Australia biggz and Australia volta, has been involved with cups and ladders on CG AU for several years, but CG EU has never had an official ET section – until now, at least!

CyberGamer has been kind enough to offer us a brand new CG EU Enemy Territory section on their website for running cups, ladders, and more, and are even in the process of developing their own anticheat called CGAC. The anticheat was released very recently and can only be used in CoD4 at the moment, but they are still working on it and may introduce a version for ET as well. I’ve also been told that a new CG website will be coming in a few months with some vast improvements.

So without further ado, here are the two new CG ET ladders:

The structure, rules, and maplists should be familiar as they are very similar to those which we had at ClanBase. However, please read the ladder rules carefully before playing.

As you can see, I will be joined by Aniky and szczurek from the ClanBase ET crew as well as embarrassed from the GamesTV admin team. We are very excited about this new opportunity and will be doing our best to ensure it is a success!

My suggestion is to check out the FAQ before doing anything else, since it may take some time to get used to how things work on CyberGamer.