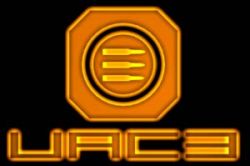 UAC – Universal Anti-cheat 3 was discontinued as of 1.January.2014
The decision was made after we came to conclusion that our lifestyle has changed in those eight years and we have no more the free time needed to provide quality support of UAC. Please keep in mind that we are no company, only two guys who did this whole thing in their free time with no income from it whatsoever. The decision was hard to make, trust me. However it was for the best, because nobody want’s to use outdated and unsupported software. Universal Anti-cheat was client side anti cheat system created by Slovak software developer Dalibor Bartoš aka DExUS.
It was initially created in year 2005 then later in 2006 it was rebuilt to support SWAT4 community with wide SWAT4 cheat detections and in 2009 with UAC2 32 games were supported. The interest and popularity grew and thus UAC3 was created to accommodate all needs of the leagues.

UAC was free to use for everyone without any fee for whole time of it’s existence with regular updates and fast tech support.
It was used in many leagues around the world, mentioning just some of them as Clanbase, ESL, CyberGamer and many more.

As of today 31.dec.2013 it had ~300 000 users and supporting 44 popular games like all Call of Duty titles, Battlefield, SWAT4 etc.
In order to function UAC used it’s own dedicated server with customized linux OS for best performance with low bandwidth.
The web/database side was managed by Snipes in the early era of UAC (2005-2010) and later by Shii (2010-2013) who has created UAC3 pages and database system.